Major investments require thoughtful planning based on reliable opinion research, SWOT analysis, and resource-based budgeting to best develop a communications strategy that includes engaging messages for targeted audiences.
Irvine Company
Owner of more than 44,000 acres of developable land in Orange County, the Irvine Company sought to annex its Northpark area into the City of Irvine and obtain permission to build a planned community including 859 single-family homes and 761 condominium/townhomes. It was a critical step in the company’s long-term plans for growth over the ensuing decades.

Irvine Company sought a communications strategy to build on its historically friendly relationship with Irvine residents and to ward off opposition to its plans for Northpark. Additionally, it wanted to validate proposed use of direct mail as a means of increasing affinity with the company and its development plans.

MNM Partner Bob Nelson led a team that developed a layered list of more than 1,000 community activists, identified tiers of public affairs interest for all residents, conducted benchmark opinion research, created a series of direct mail packages under the brand “Planning Ahead,” and tested post-campaign awareness and attitude changes among both targeted groups and a large sample of households that did not receive mail.

Post-campaign analysis showed dramatic positive improvements in the company’s image and confidence that growth plans were in the community’s best interest. The Planning Ahead campaign was then delivered to all residents, and the brand was eventually shifted to internal personnel for long-term use in Irvine and adjacent cities. The City approved the Northpark annexation zoning requests and a threatened referendum to overturn the approvals failed in the face of community support. 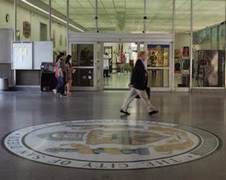 City of San Diego
Not long ago, the City failed to obtain independent audits, lacked centralized leadership for its 19,000 employees, and was losing police officers who felt threatened by discussions of privatizing public safety services.

The City needed significant government reform to restore confidence among taxpayers, the investment community and public safety personnel. City Council placed three charter amendments on the ballot for voter consideration, Measures A, B and C.

​Opinion research showed that the combination of measures gained more support than any of the individual proposals alone. Based on this, Nelson developed a unified brand, “Yes on A, B & C.”
[View printable PDF]
©2020 Murphy Nelson Marketing. All rights reserved. Login