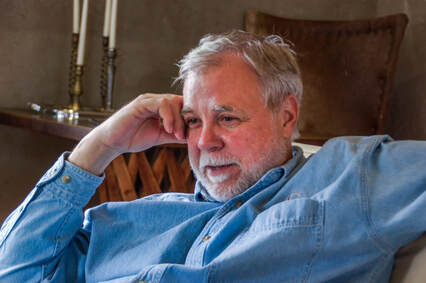 Robert Eugene “Bob” Nelson, 70, of San Diego passed away on March 28, 2022. A mentor to many, Bob was admired for his brilliant strategic mind, his commitment to civic and political causes, his larger-than-life personality, his wit and his generous heart.

Born on October 25, 1951, in Jefferson, Wis., Bob was the youngest of four children. As a child, Bob was just how you would imagine: clever, strong-willed, an avid reader and never lacking in humor. At the age of 16, Bob left high school and eventually found himself working in the medical records department of a Southern California hospital. He got his big break in politics when he was selected to work for the Orange County Supervisors’ office for Ron Caspers. In 1977, Bob struck out on his own and launched his first communications agency, Robert Nelson & Associates. Bob quickly became an expert in running successful ballot measure campaigns and gained notoriety as a ballot measure specialist.

With his assets of Nelson Communications sold, he founded Woodenship Advertising and Public Affairs in 1997, in Monterey, Calif. In 2000, he opened a local office in San Diego and would eventually relocate the headquarters to San Diego in 2004. He fell in love with San Diego and declared that he would never move. And he didn’t. While he formally retired in 2021, Bob remained involved in his communications agency, now known as Murphy Nelson Marketing. Although Bob’s intelligence, attention to detail and dogged determination made him a success personally, his agency succeeded because of his commitment to improving his staff as people, not merely as assets for the company. He sought to ensure they found joy in their work and in their lives in general. Like any good captain, he aimed to keep the ship strong and sturdy, while also being able to see miles ahead on the horizon and to point his team in the right direction.

Beyond his agency work, Bob was very active in civic affairs, especially in San Diego. His most notable role was serving on the San Diego Unified Port District Board of Commissioners from 2011 to 2017, including as chair in 2014. In addition to his service to the Port District, Bob served on the State of California Film Commission (2016), City of San Diego Public Utilities Advisory Commission (2004-2006), San Diego Convention Center Corporation Board of Directors (2006-2010; Chair, 2010), and San Diego LGBT Center Board of Directors (Chair, 2008). ​Bob was also a presidential appointee to the bipartisan U.S. Competitiveness Policy Council and worked as transition chairman and interim chief of staff for a U.S. Senator. In 1992, he founded Republicans for Clinton and later served on the Clinton/Gore transition team. In recognition of Bob’s decades of community service, he was inducted into the Imperial Court de San Diego as their first and only Grand Sorcerer. He was also inducted into the Honorable Order of Kentucky Colonels, a voluntary philanthropic organization, in 2016.

In his free time, Bob enjoyed traveling, art, dining, sailing, reading, scuba diving, listening to music and spending time on his deck in Hillcrest with a good scotch and a Cuban cigar. He was known to many as “Captain Bob,” taking friends and family on sailing excursions on San Diego Bay. After officially retiring at age 69, he was thoroughly enjoying the life of a retiree, taking up golf, seeing the Rolling Stones in Vegas and traveling every chance he got. Bob rarely said no when asked to donate to charitable organizations. He never lost his passion for the wild electric music from the late 1960s and always rocked out to that music on long road trips.

From generously supporting local nonprofits to sponsoring children in school fun-runs, one could always rely on Bob’s big-heartedness. When he traveled, he never came back emptyhanded – always showering close friends and family with gifts and adding to his exquisite collection of art, tapestries and the like. There was not a day that went by that Bob did not dispense knowledge upon a person – to a stranger, a friend, a family member. He was a perpetual teacher.
Bob would tell people that he had been married once to a woman (Heidi Perkins from 1978 to 1999) who he fondly referred to as his “sainted former wife,” and once to a man (Murray Olson from 2008 to 2012). Neither union worked out, but Bob didn’t blame anyone but himself. He said he realized it wasn’t the fault of either partner, “it was the marriage part I wasn’t good at.” Nonetheless, family was still very important to Bob, and he spent the better part of his days pouring endless amounts of opportunity, grace and love into the lives of his precious Nelson Clan. Although he may be known to many for his professional contributions, it is his contributions to his family that were most profound to both Bob and his loved ones.

A public memorial will take place at Coasterra (880 Harbor Island Dr.) at 1:00 p.m. on April 30, 2022. In lieu of flowers, please consider a donation to the youth programs of the San Diego LGBT Center. Of all the charities Bob generously supported, this is the one where he served in multiple capacities as a volunteer, board member and donor. Donations may be made at https://thecentersd.org/BobNelson